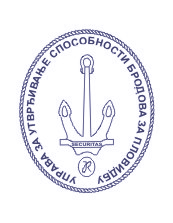 On 16 October 2012 the Rules on the method of conducting trial trips and on   navigation zones, passed by the Minister of Transport according to Article 93(3) of Law on Navigation and Ports on Inland Waters (“Official Gazette of RS”, No 73/10), were published in the Official Gazette of the … Continued

The extraordinary meeting of TSCI Council was held in Moscow 14 and 15 December 2011 which was attended by 7 permanent TSCI members, 4 observers in TSCI and other related organizations. During the meeting the following agenda items were discussed: 1.    Opening of the meeting 2.    Election of working bodies. … Continued

The autumn plenary session of Central Commission for the navigation of the Rhine (CCNR), was held on 1 December 2011 in the headquarters of this organization in Strasbourg during which, inter alia a decision was adopted granting the observer status to the Republic of Serbia. The session discussed the following … Continued

The 27th regular Session of International Maritime Organization (IMO) Assembly was held in London from 21 to30 November 2011 in the presence of more than a thousand delegates representing 160 member states and during which many resolutions have been adopted. Full report

The XIV International Seminar of Russian Maritime Register of Shipping was held on 12th and 13th October 2011 in St. Petersburg. This year’s theme was: Quality Shipping: XXI Century Standard. Maritime Community: Searching for a Balance of Interests. The following presentations were delivered by guest speakers: IMO’s goal-based ship construction … Continued

The Director of the Institute for Standardization of Serbia passed a decision No. 1065/33-20-02/2011. to establish the Committee for standards and related documents CS R188, Shipbuilding and marine structures. This Committee was set up to carry out the standardization in the area of shipbuilding for inland waterway vessels and navigation, … Continued

The 39th session of the Working Party on the Standardization of Technical and Safety Requirements in Inland Navigation (UNECE – Inland Transport Committee) was held from 15 to 17 June 2011 in Geneva which was attended by representatives of 13 countries, as well as the representatives of International Sava River … Continued

The Maritime Safety Committee of International Maritime Organisation (IMO) held its 89th Session in Londonfrom 11 to 20 May 2011. The session of MSC was attended by over five hundred delegates representing 101 Member States. The twoassociate IMO Member States, four UN agencies, seven international organisations and 38 non–governmentalorganisation with … Continued

The Working group for technical issues of the Danube Commission held its session from 12 to 14 April 2011 in Budapest. The technical issues of relevance to the activities of the Authority for Determination of the Seaworthiness were set out in agenda items 1 (points 1.1 and 1.2), 2 and … Continued

The 38th session of the Working Party on the Standardization of Technical and Safety Requirements in Inland Navigation (UNECE – Inland Transport Committee) was held from 16 to 18 February 2011 in Geneva which was attended  by 27 representatives of 11 countries, as well as the representatives of International Sava … Continued