AUTHORITY FOR DETERMINATION OF THE SEAWORTHINESS

The Law on navigation and ports on inland waters which was published in the “Official Gazette of the Republic of Serbia” No. 73/10 of 12 October 2010 has provided for establishing of the Authority for Determination of the seaworthiness as an administrative body within the Ministry of Infrastructure and Energy authorized to provide professional and technical services within the area of determination of the seaworthiness.

Pursuant to the provisions of the above mentioned Law, the Authority took over from the Federal Public Institution – Yugoslav Register of Shipping rights and obligations, objects, archives and other registered materials.

First time the Yugoslav Register of Shipping, or “Jugoregistar” was established in accordance with Regulation of 13 June 1949, as an “Institute for classification of ships and vessels belonging to the merchant marine” of the former state FPRY (Federal People Republic of Yugoslavia) and obtained the status of administrative institution under the former Ministry of Maritime Affairs.

On 1st July 1962, Jugoregistar became an autonomous institution with the social management and autonomous funding, performing its activities according to the rules applicable to the companies.

Until 22 April 1977, when the enacted Law on maritime and inland navigation was harmonised with the conventions and recommendations of the international organisations аt the time, Jugoregistar was subjected to the several transformations аs a result of the adoption of regulations which were in line with the modificationas of the Law on social enterprises and companies.

Under the Law on Yugoslav Register of Ships of 27 January 1989, Jugoregistar became an institution which provides professional and technical services in the interest of the performance of functions by SFRY.

Following adoption of the Decision on providing services by Yugoslav Register of Ships within the territory of FRY, the powers and tasks of Jugoregistar – Belgrade, determined in the Statute of the Federal Public Institution Yugoslav Resister of Inland Waterway Ships of 12 December 1999, were primarily based on the Regulation on Federal Public Institution Yugoslav Register of Inland Waterway Ships and on the federal law on maritime and inland navigation.

In accordance with the Ministries Law (Official Gazette of the Republic of Serbia, No. 44/2014) of 26 April 2014, the Authority for Determination of the Seaworthiness is a part of the Ministry of Construction, Transport and Infrastructure.

According to the Law on navigation and ports on inland waters, published in the “Official Gazette of the Republic of Serbia”, No. 73/10 of 12 October 2010, the services provided by the Authority for Determination of the Seaworthiness are the following: 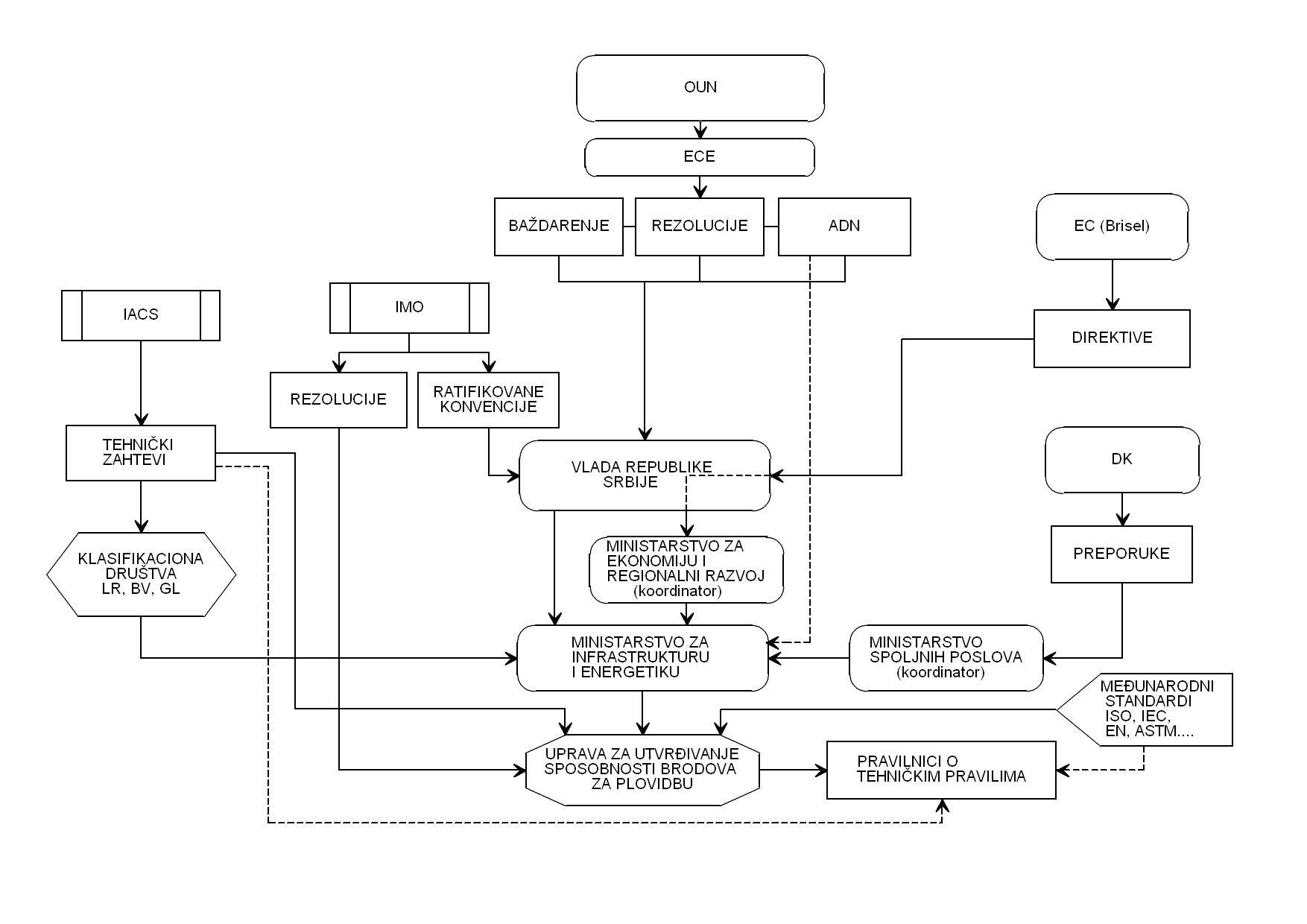